We pride ourselves on our past work and service and encourage you to leave a testimonial.

Please feel free to browse our past testimonals from our valued customers.

"After much debate we decided to extend our house, add a utility room and fit a new kitchen. It was a big job.  Stephen visited us several times,listened to all our ideas, offered us sound advice and best of all gave us a good, honest quote.  All our bills matched our quotes - there were no surprises. We trusted Stephen from day one - our trust was never broken
throughout the whole job.

Stephen helped us plan our extension in detail, executed everything we asked for to the letter and took unforeseen issues in his stride.  That was where his 26 years experience in the trade shone through. Stephen manages an excellent team who must be mentioned.  Eric and Grant were hardworking and respectful.  A pleasure to have in our home. Stephen also has a superb wider network of tradesmen and professionals in the field
who catered to our every need.

If you're looking for a high quality service, with incredible workmanship that's tailored to your own specific needs, I can't recommend Stephen, Eric and Grant at SA Singer joinery highly enough.  Thank you so much for turning a potentially stressful experience into a very positive and uplifting one.
We absolutely love our transformed home!" 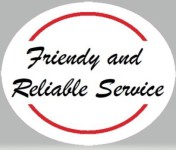